Andrea and I have been married for 5 years. We do everything together, we believe marriage and ministry is a team effort. We are committed to serving God where he called us.. The 7th Ward/St Roch & Treme’ Neighborhoods of New Orleans.

We have been youth ministry staff for over eight years at Rock RIver Christian Center in Rock Falls, IL. Our passion in ministry is discipling new believers and missions. Joshua received his credential training through Global University and served 15 years as a Paramedic and a Dispatcher for a Sheriff’s Department. Joshua served on the missions field in East St Louis and Denver. Andrea is a graduate of the Rockford Masters Commission. She has worked with several inner city after school programs as well as missions trips to Africa, New Orleans, Sri Lanka and China. Andrea is also a Certified Nurses Assistant and an assembler at a local factory. For the last 18 months we have been Missionary Associates working with Urban Outreach in East St Louis and Denver. Our past experience has prepared us with the skills we will need to be successful in the Urban Missions Field.

We are excited to have been approved as Candidate Assemblies of God Missionary Church Planters & Developers. We are working full-time raising our budget so we can cultivate relationships, meet needs and launch Urban Outreach: New Orleans. Urban Outreach is a missionary church planting organization that targets the worst neighborhoods in America’s urban landscape. Urban Outreach meets needs in those communities, builds relationships, and disciple’s people, so that a church plant can be launched led by people from our neighborhood. Andrea and I love the people of the cities and neighborhoods we serve in and work relentlessly to show them the love of Christ. We believe that the light shines the brightest in the darkest places and God is sending us to shine his light in New Orleans. We want to turn a culture of crime, hopelessness and fatherlessness into a culture of revival in “The Big Easy.”

New Orleans, the “Big Easy” is strategically located near the crossroads of two major interstates as well as the mouth of the Mississippi River. New Orleans has become a major crossroads for drugs and human trafficking. Long held Voodoo beliefs and practices has created a culture of darkness on the streets of New Orleans. Violence, corruption, prostitution, drug dealing and street gangs have been gaining control of the impoverished neighborhoods. The Mayor of New Orleans was quoted saying “New Orleans has a culture of violence.” Whats more, less than 8% of the residents of New Orleans identifies as being Evangelical Christian. These are the exact reasons why Urban Outreach was created, to penetrate this darkness with the Light, bring hope to the hopeless, freedom to the addicted, healing to the hurting. Urban Outreach will be the launching point for an urban church plant in one of the worst neighborhoods in New Orleans. Urban Outreach will show New Orleans the hope found through Jesus Christ! Urban Outreach New Orleans will also be a catalyst that will send out urban church plants all over the United States. 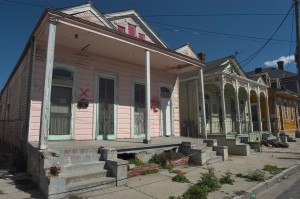